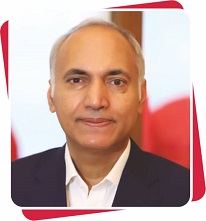 An ardent economist recognized for strong adherence to customer-centric approach, business ethics, and community welfare & environment protection, Dr. Mittal has been instrumental in navigating the brand name – SOLIS, across the world.

He started his career in 1980 from farm equipment with a vision to contribute in the development of agriculture industry.  Dr. Mittal is spearheading the Solis business since the first order of tractors in 2012 and he was instrumental in making it a formidable player across the globe with presence in over 130+ countries. Following a farmer oriented approach, he relentlessly invested and prioritized in R&D to translate farmer’s feedback into actionable  insight for innovation.

Born in Yamagata, Japan, 1959, Mr. Ken has worked as a Chief Designer for General Motors, a Senior Designer for Porsche AG, and a Design Director for Pininfarina S.p.A., being responsible for Ferrari Enzo, Maserati Quattroporte and many other projects. He is also known for numerous products such as motorcycles, furniture, robots and architecture. In 2007, he founded Ken Okuyama Design providing design business consultancy to many corporations.

He has been the Director of Yanmar Holdings Co. Ltd. since 2013 and is also responsible for the design of various Yanmar products, including tractors. He also holds a position in the jury of the Reddot Design Award and also of the Peninsula Classics Best of the Best, a visiting professor of several universities, and published many books. 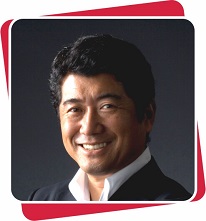 International Tractors Limited is proudly the No1 tractor exports brand from India and stands tall among the top 3 leading tractor manufacturers in the country. ITL offers the most comprehensive agricultural solutions to the farming community across the globe through its widest portfolio of tractors and farm equipment in 20-120 HP.

Solis, the flagship brand of ITL, is one of the world’s leading tractor brands that remains synonymous with toughness, durability, power & performance. We have collaborated with Yanmar, the 100-year old Japanese diesel engine experts to introduce cutting edge Japanese technologies for Indian farmers at affordable rates under the Solis Yanmar tractor range.

Solis Yanmar is known as ‘Global 4 Wheel Drive tractor experts’ as the tractor range is equipped with advanced 4WD technology and express transmission speeds that collectively ensure higher output for farmers. Solis Yanmar is committed to bring in new age technologies for farmers across the globe to drive farm mechanisation growth in the country. Solis is gradually an unbeatable brand and a one-stop solution for all futuristic agricultural & commercial applications for farmers in more than 130 countries.

Having a formidable presence in most of the significant markets worldwide, presently Solis is the market leader and most selling tractor brand in 4 different countries of Asia and Africa. Offering customised tractors as per local preferences in Brazil and Turkey, Solis is presently the only Indian company to have presence across 20 countries in Latin & South America. While augmenting noticeable presence in 33 EU & non-EU countries, ITL has successfully launched its tractors in USA market.

Solis Yanmar has also been among the “Best Brands 2021” by The Economic Times, and also bagged the ‘Best 4WD Tractor’ award for Solis 5015 at Indian Tractor of The Year’21 awards (ITOY), as well as the winner of ‘Best Tractor >=30 HP category’ for its 3016 SN 4WD at Farm choice awards.

In 2016, Yanmar established its new Brand Statement: “A SUSTAINABLE FUTURE – New Value through Technology”, towards a more sustainable, resource recycling society. Yanmar blends together learnings from varied resources – from corporations to research institutes - that allows the company to develop new innovations that aim at creating a truly global sustainable society for all.

In fact, it was Magokichi Yamaoka the founder of Yanmar, who successfully developed the world’s first small diesel engine with a clear aim to reduce oil consumption and save it for future generations. Offering state-of-the-art agricultural machinery and services that is powered by Yanmar’s Japanese technology, the company is supporting farmers optimise their performance, enhance their efficiency as well as profitability.

Today, Yanmar’s diesel engines are assembled in the state-of-the-art factory in Biwa. Besides that, the agriculture equipment including the Yanmar Tractor range of 13 HP – 113 HP are manufactured in the mother plant at Okayama. The company is also expanding its tractor assembly facilities to Adairsville, Georgia and Bangkok, Thailand. 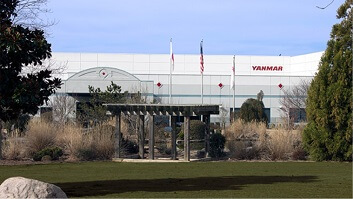 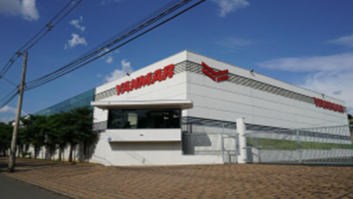 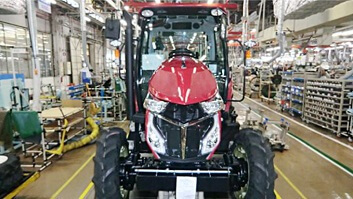